ISME, the Irish SME Association, wishes to counter some of the spin that has been prevalent in the public domain over the last few months regarding insurance costs. We append a list of the most egregious spinning offences to which we will add more if they come to our attention.

SPIN: No evidence that if the cost of awards decreased, the cost of insurance would fall.[1]

FACT: Untrue. PIAB was set up in 2003. Central Bank Data from 2013 on private motor insurance[2] show that during the period 2003 – 2013, average premiums declined sharply by 47% and 48% for comprehensive and third party fire & theft cover, respectively. However, in the latter years, the pace of this decline slowed. This coincided with the reduction in number of cases settled though PIAB. The suggestion, therefore, that insurance would not fall if awards did ignores the historic experience with claims costs.

SPIN: The right to litigate is enshrined in the constitution.
FACT:Distraction. It is, but no one is suggesting access to the courts should be removed. This is a strawman argument made by the lawyers to suggest reform will block access to the courts. However, we need to get back to a situation where most (i.e. all but the most contentious) PI cases are settled by PIAB, where costs are typically no more than 6.5%. Courts should hear outlying cases, or appeals of contentious decisions only.

SPIN: The cost of claims is only a small factor[3] in the cost of insurance.
FACT: Untrue. Gross claims costs accounted for 78% of gross earned premium[4]between 2011 and 2016. (page 3 of footnote)

SPIN: Legal costs aren’t a significant part[5] of the cost of insurance.
FACT: Untrue. Legal and other costs for all closed personal injury claims can typically represent over 42%[6] of the actual compensation amount paid to claimants. (page 4 of footnote)

SPIN: The payouts for whiplash are falling.
FACT: Misleading. There is insufficient data to make this claim. The claim appears to be based on comparing the average PIAB whiplash payout of €18,581[7] with the ‘minor-full recovery expected’ €19,400[8] range value shown on page 27 of the Book of Quantum. But the €19,400 range value is the TOP of the minor injury classification, and is not indicative of an average award.

SPIN: The €18,581 average whiplash payout announced by PIAB is for more serious cases of whiplash. Most of the awards are for €4k-€5k.
FACT: Misleading. PIAB tends to settle the cases of lower quantum, and in any case, it settles only approximately 40% of total claims. The Book of Quantum range values for whiplash are as follows:

It is unlikely, therefore, that many of the settlements within the €18.5k figure are for moderate to severe and permanent whiplash.

SPIN: A perjury act will not lower insurance costs.[13]
FACT: Misleading. ISME has never said that a perjury act is a panacea for high insurance costs. The first paragraph of our Case for Perjury Act[14] states: ‘Introducing a perjury statute is not in itself a solution to the problem of false and exaggerated claims. In fact the offence already exists in common law… However, a statutory offence of perjury would be a significant brick in the defensive wall against a false or exaggerated personal injury claim.’ What is absent in Irish statute, unlike every other common law jurisdiction in the world, is a definition of the offence of perjury in a simple, comprehensible, actionable and enforceable form.

SPIN: Reducing the cost of awards will benefit insurance companies at the expense of claimants.[15]
FACT: Untrue. Reducing awards will reduce the cost of insurance. The legal profession were sitting members of the Personal Injuries Commission and unanimously signed off on its reports.[16] Insurance companies operate on a ‘cost-plus’ basis with their clients, and in a competitive market, will pass on savings as they did when PIAB was originally set up, or they will lose custom. Claimants will get what they are entitled to. However, the Commission has said that personal injuries claimants in Ireland avail of awards that are multiples of those in other jurisdictions.

SPIN: Those lobbying about the prosecution of false claimants are ‘anti-victim.’[17]
FACT: The absence of meaningful penalisation for false claimants, either in terms of criminal prosecution or civil recovery of defendants’ costs represents a real and ongoing temptation to take personal injuries cases which would not be risked in other jurisdictions.

SPIN: Those lobbying on insurance ignore the serious, life-changing injuries[18] caused to many plaintiffs in motor accidents.
FACT: Untrue. We are not lobbying in respect of damages paid out for catastrophic, life-changing injuries. In fact, the number of such injuries every year is so small that they have no meaningful impact on the cost of insurance. Also, we ask that the legal lobby is fact-checked the moment any lobbyist talks about cost of medical care (which is special damages), loss of earnings (special damages), specialist’s fees (special damages). Special damages rarely arise in minor injuries cases, and when they do, they represent a tiny proportion of the value of the claim for ‘pain and suffering.’

“It is being s 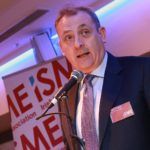 uggested, with varying degrees of subtlety, that those lobbying for lower insurance costs are anti-victim, or are seeking to deprive genuine claimants of money. This is simply untrue. PIAB data shows that most claims it receives (74%) are in respect of motor claims, and a significant proportion of these are in respect of whiplash claims. Minor whiplash does not even constitute a medical diagnosis in several of the countries studies by Justice Kearns in his Personal Injuries Commission report this year.”

ISME also notes that we are not the first group to have to fact-check pronouncements from the legal lobby. The Journal.ie carried out a fact-check in 2016.

Legal costs in personal injury claims come to at least 37% of the cost of compensation. The legal lobby has a vested interest in maintaining high awards. It is therefore imperative for the media, in particular, to fact-check statements purporting to be objective on the insurance issue.