ISME CEO, Neil McDonnell commenting on the results stated “While we welcome the continued improvement in the government satisfaction ratings, there is still a lot to be done. We want to see government tackling business costs for SMEs.”

“ISME has made several submissions to government departments in relation to business costs and national competiveness, we believe the former to be too high, and the latter under threat”

“The government needs to invest more in the indigenous industrial sector, this is the engine behind our economy. The meaningful tackling of issues such as insurance and excessive business costs will impact positively on the SME sector”

* The satisfaction rating is made up from five specific questions on the Government’s performance in dealing with Jobs, Banking, Business Costs the Economy and Overall performance. The results are based on simple balances of the differences between positive and negative responses, for example the negative balance for Jobs means that a greater percentage of respondents were unsatisfied with the Government’s performance on the Jobs issue. 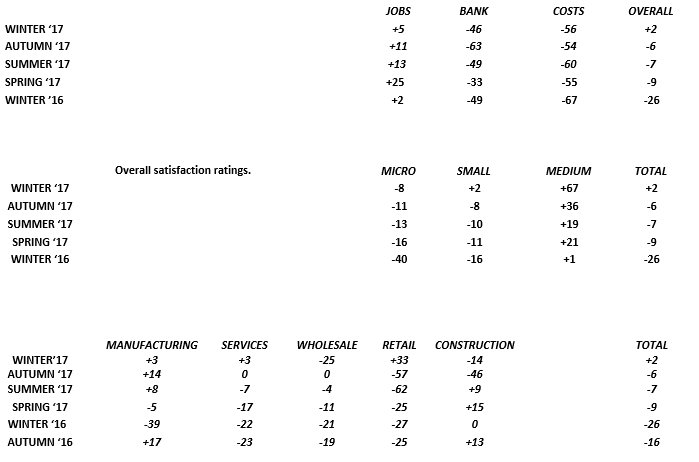