Have you ever wondered what exists far, far above, beyond the sky we see every day? Have you thought about what happened before and during the Big Bang? Do you believe there’s a centre of the universe or know if space is flat or curved?

Well GeoDirector might very well be able to help you answer all of those questions and much, much more because on Thursday 24th September they’ll be hosting a webinar that allows you to meet an award winning astronomer and a real life rocket engineer! 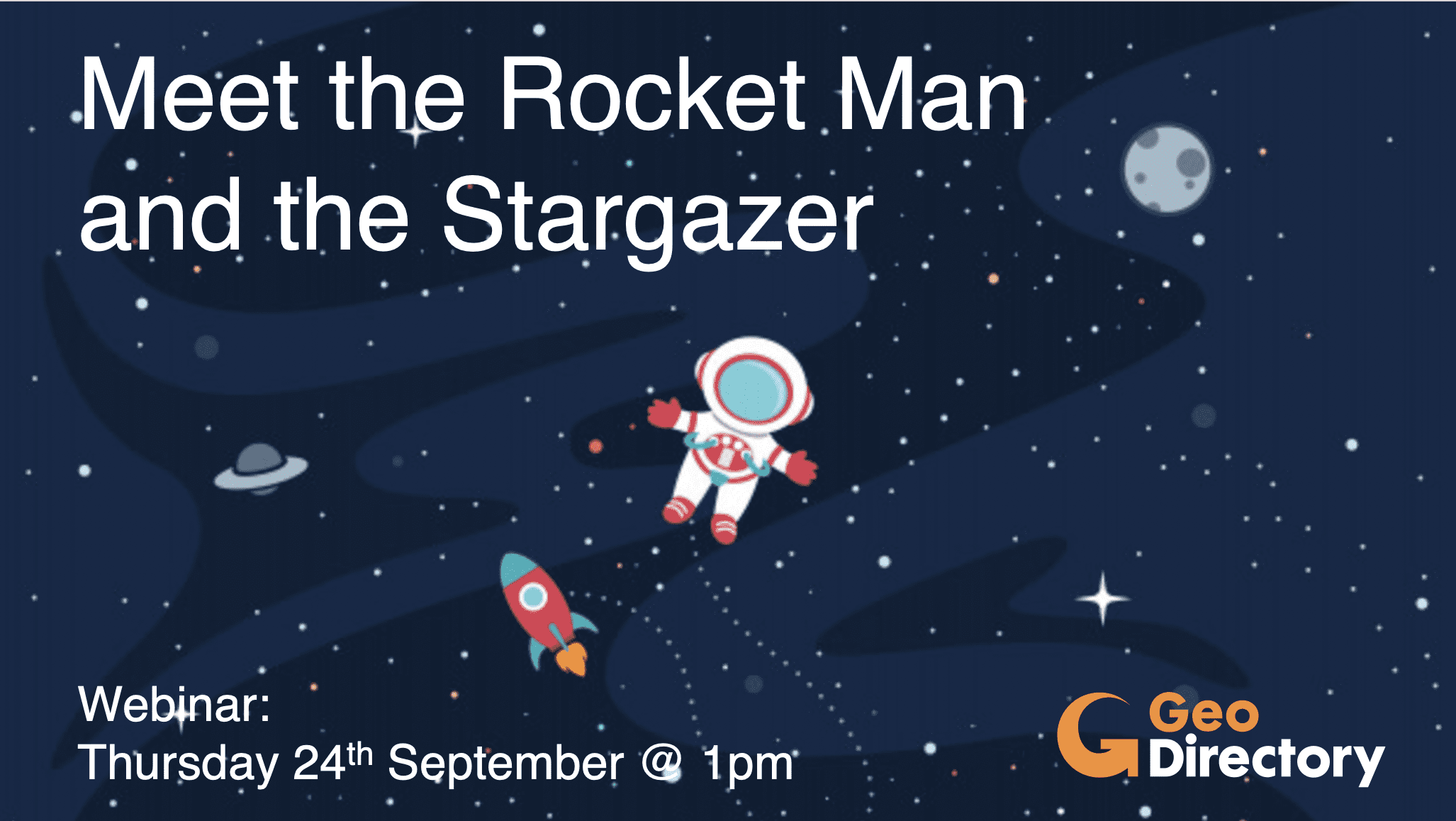 Emily Levesque – Assistant Professor of Astronomy at University of Washington

The first speaker, Emily Levesque’s research interests focus on massive stellar astrophysics and the use of massive stars as cosmological tools. At present she is researching panchromatic observations and models of star-forming galaxies and their young stellar populations; host galaxy and progenitor studies of massive star transients such as LBVs, supernovae, and long-duration gamma-ray bursts; surveys of evolved massive stars in and beyond the Local Group; and the properties of Thorne-Zytkow objects.

In 2014, Emily received the Annie Jump Cannon award and the Sloan Fellowship in 2017. In 2015, her influential work led to the American Astronomical Society adopting the stance that the Physics GRE should not be mandatory for graduate school applications, and many graduate astronomy programs have since removed the Physics GRE as a required part of their graduate school applications.

Emily is also the author of the 2020 popular science book The Last Stargazers: The Enduring Story of Astronomy’s Vanishing Explorers. Those attending the webinar may be lucky enough
to take home a copy.

Joining GeoDirectory all the way from Alabama, Ron Bledsoe has some very exciting space updates to share with us.
Ron first joined NASA at Marshall Space Flight Center (MSFC) in 1960 in propulsion design and development of the F-1 engine for the Project Apollo in the Propulsion and Vehicle Engineering Lab. He was the F-1 Project Engineer for the Lab and was part of many investigations and incidents that occurred during the Apollo era. He also monitored all Apollo launches and flights to the Moon as part of the HOSC and KSC team. In 1970 he became the Assistant Chief Engineer for the SSME and directed the interface effort between the engine and shuttle vehicle, monitoring the launches of all flights. After 1986, he served as the Director of Quality Assurance, responsible for directing all quality assurance activities for all MSFC projects and major space programs. He was awarded the NASA Exceptional Service Medal by Richard Truly the NASA Administrator at that time along with other performance and achievement awards.

In this webinar both speakers will delight their audience with tales from beyond our planet. Emily will discuss the study of celestial bodies such as stars, planets, meteors and galaxies while Ron will talk about his scientific knowledge of space and how he implemented it to design, develop, manufacture and test technology used in space.

If you’ve ever been curious about Space this is one webinar you don’t want to miss. Make sure you join it on Thursday 24th September at 1pm. Book your seat here. https://bit.ly/3mjdshO