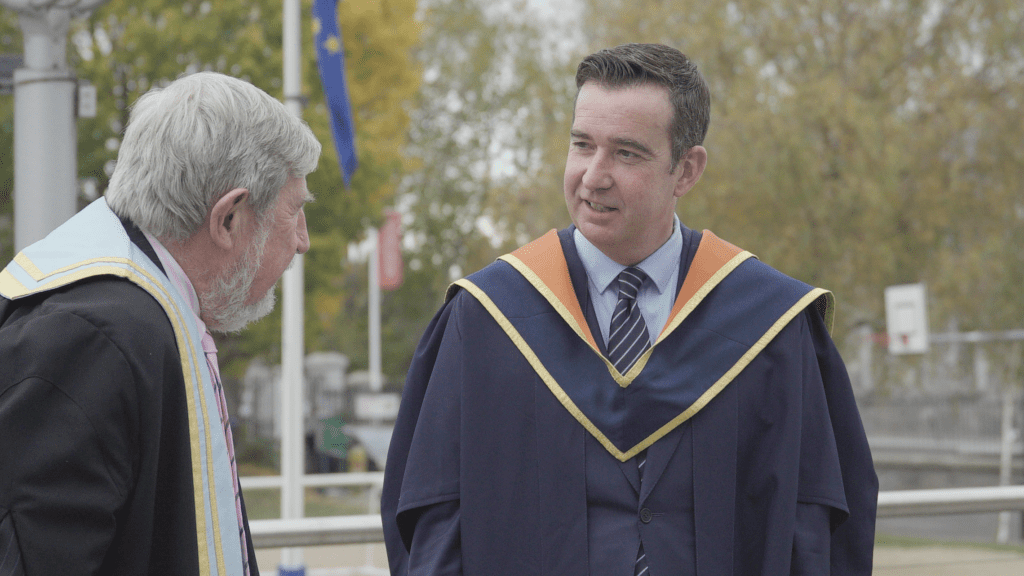 Mr Little is an esteemed entrepreneur, journalist and broadcaster who founded his own successful news agency. He will be familiar to many from his time as a journalist with RTÉ, where he held a number of roles including as a presenter for its high profile Prime Time programme. In 2001 Mark won TV Journalist of the Year at the ESB National Media Awards.

Mark was an early pioneer in the detection of misinformation on content platforms with his company, Storyful. He subsequently held a number of senior roles at social media company Twitter before leaving to found Kinzen, with Áine Kerr, which tackles disinformation campaigns and dangerous content online.

The Professional Excellence Award is conferred by the College on individuals who have achieved outstanding excellence in their chosen profession or field. Mr Little received his award in recognition of his contribution to truth and integrity online.