Commenting on the report, Maureen Delamere, Statistician, said: “The Personal and Work-Life Balance Survey was carried out in Quarter 3 2021, in the midst of the COVID-19 pandemic. In Quarter 3 2021, there were still varying levels of COVID-19 in the community with related restrictions. The survey largely focusses on employees, including those who may have returned to work following lay-off or temporary lay-off as a result of the virus. It also covers people not currently working, including those who may have been laid off due to COVID-19. 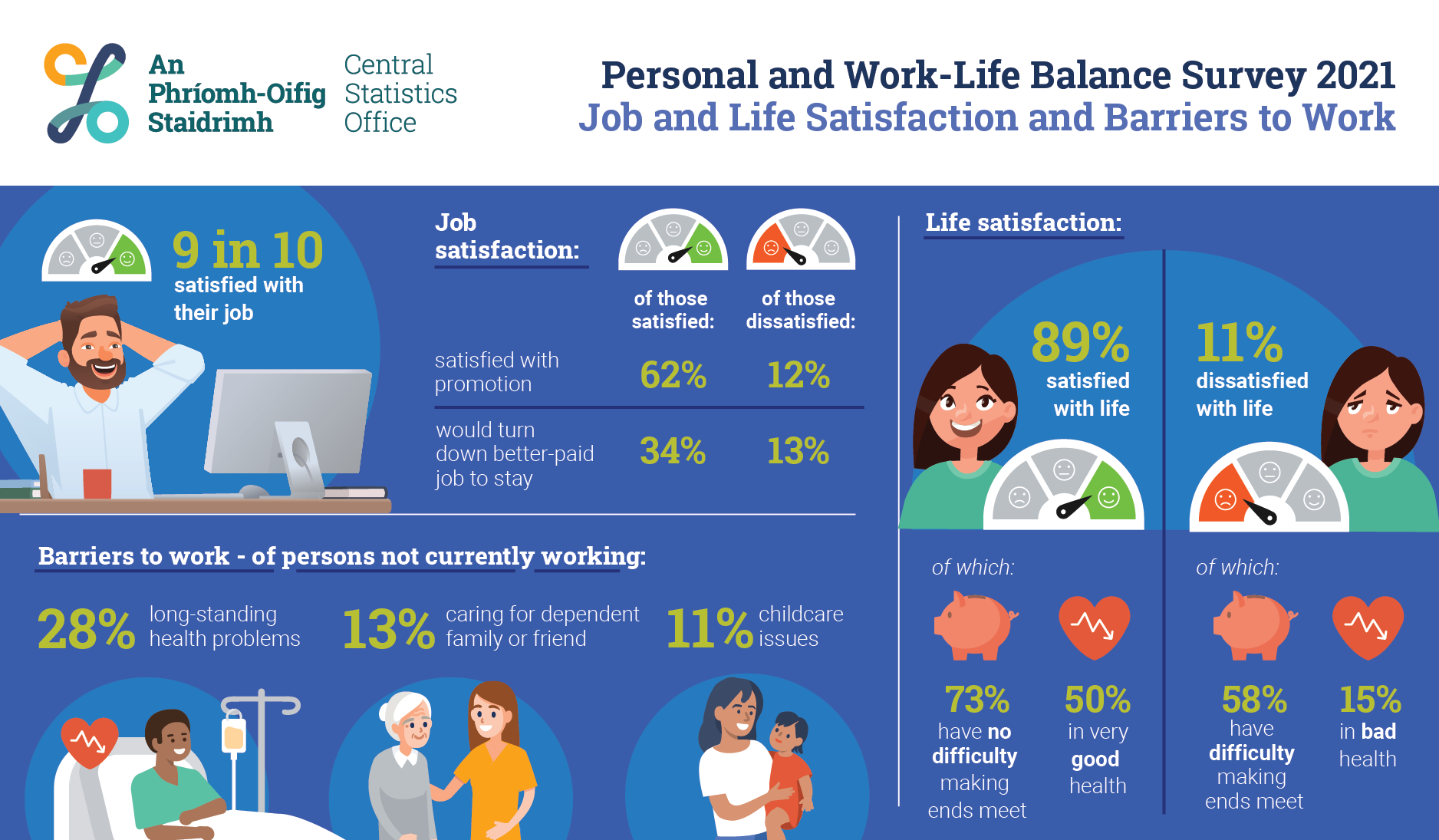 Despite living through more than 18 months of the pandemic and its associated restrictions on our personal and working lives, life and job satisfaction rates remained high amongst the Irish population when the survey was conducted during the months of July, August, and September 2021. Almost nine in ten persons were satisfied or very satisfied with their life as a whole. Our data analysis shows that there are many factors which can influence life satisfaction such as physical health, the ability to make ends meet, support from family, friends, and neighbours, and whether a person is working or not.

Full-time workers with long service were more likely to turn down an offer of a better paid job elsewhere than part-time workers with same service or employees, full and part-time with less service. However, temporary, or part-time employees or those with less service were more likely to leave a job within the next six months, irrespective of any offer of a better job elsewhere. Almost one quarter (24%) of temporary employees said they were likely to leave their job within the next six months, double the likelihood of their permanent equivalents (12%). Part-time workers with a short length of service with their current employer are nearly twice as likely as their full-time equivalents to leave their organisation in the short term – 25% compared with one in seven (14%) full-time employees with less than five years’ service.”

Looking at barriers to employment, Maureen Delamere, further commented: “For persons currently not in employment, the main barrier to returning to work was long-standing health problems (28%), followed by caring for dependent family or friends (13%) and childcare issues (11%). There were no barriers preventing return to the workplace for over one in five (21%) of those currently not working.”