ISME, the Irish SME Association, today (22nd May) released its quarterly Bank Watch survey for Q1’19. The results show a increase in loan refusal rates, increasing from 12% to 33%. Demand for credit remains high at 32%. The Association highlights the need for more credit to be made available to SMEs and the length of time it’s taking for SMEs to access finance. It calls for banks to promote the SBCI funds in a unified manner.

It appears that refusal rates have returned to the level they were at in Q3 2018, and that the 12% refusal rate in Q4 was a function of a lower level of borrowing activity at the end of last year.
Mr. McDonnell added:
The results underline the need for a more competitive commercial banking environment in Ireland. As long as we are shackled to such a small base of pillar banks, there will be no impetus to tackle high interest charges and poor customer service

The main findings from the respondents in the third week of March are as follows: 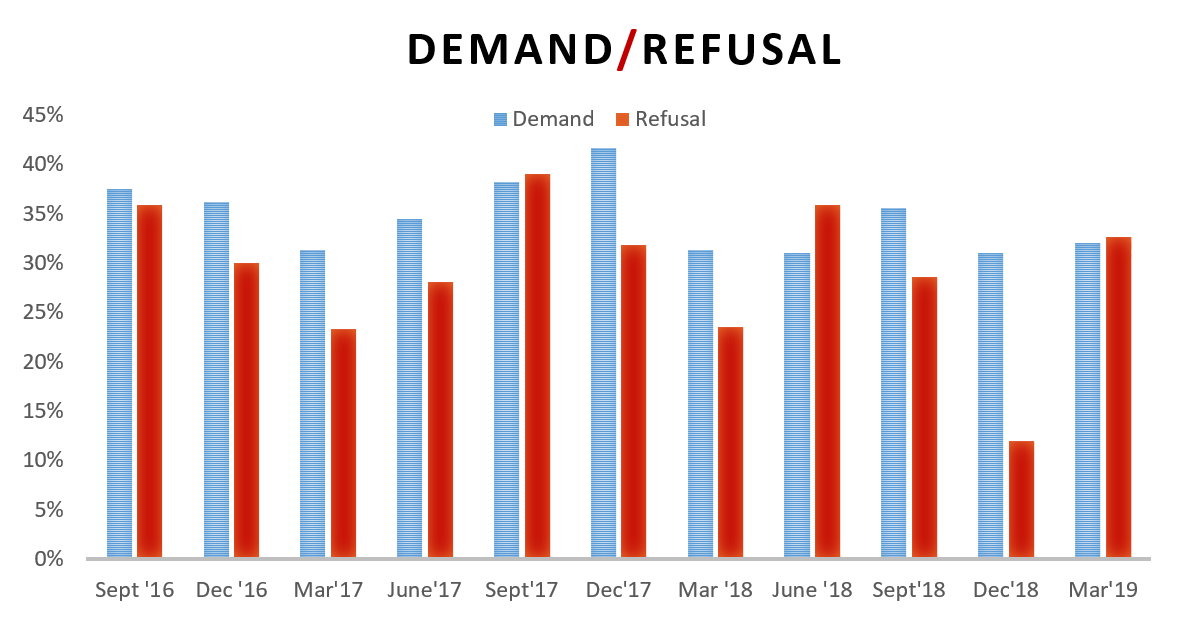